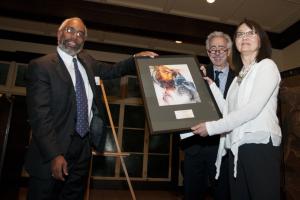 Evelyn Nakano Glenn is professor of Gender & Women's Studies and Ethnic Studies, and the founding director of the Center for Race and Gender. Her teaching and research interests focus on race, gender, immigration, labor, and citizenship. She is the author of Forced to Care: Coercion and Caregiving in America; Unequal Freedom, How Race and Gender Shaped American Citizenship and Labor; Issei, Nisei, War Bride: Three Generations of Japanese American Women in Domestic Service; and more than 50 articles. Her edited volumes include Shades of Difference: Why Skin Color Matters and Mothering: Ideology, Experience and Agency.

Professor Glenn is a past-president of the American Sociological Association and received its Jessie Bernard Award “in recognition of a body of scholarly work that enlarges the horizons of sociology to encompass fully the role of women in society.” In addition to her scholarly activity, Professor Glenn has provided leadership on many key issues of diversity, equity and inclusion on campus. A native Californian, she earned her B.A. degree at UC Berkeley and her Ph.D. at Harvard University. 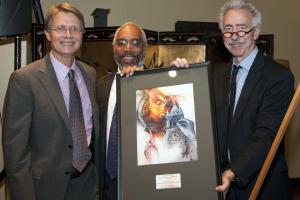 Mark Richards is a Professor in the Department of Earth and Planetary Science. His research concerns the dynamics of the Earth's interior. It  involves theoretical and computational modeling of processes such as thermo-chemical convection, plate tectonics, and volcanism. He is currently focusing on the relationship between mass extinctions and huge volcanic events known as "flood basalts." Professor Richards is a fellow of both the American Geophysical Union and the California Academy of Sciences. From 2002-2014 he served as Dean of Mathematical and Physical Sciences, and from 2006-2014 he also served as Executive Dean of the College of Letters and Science.

Professor Richards is an outspoken advocate for increasing diversity in all academic fields. As dean, he established a full array of programs to address diversity in the  STEM disciplines – including high school enrichment, teacher preparation, and undergraduate support, as well as graduate, postdoctoral and faculty equity initiatives. Professor Richards has been honored both for his inclusion and equity work at Berkeley and for his impact on diversity in the statewide and national arena. His current diversity work focuses on  advancing new initiatives such as the Berkeley Science Network, Berkeley Science Connections, and the California Alliance (Berkeley, Stanford, UCLA, and Caltech).