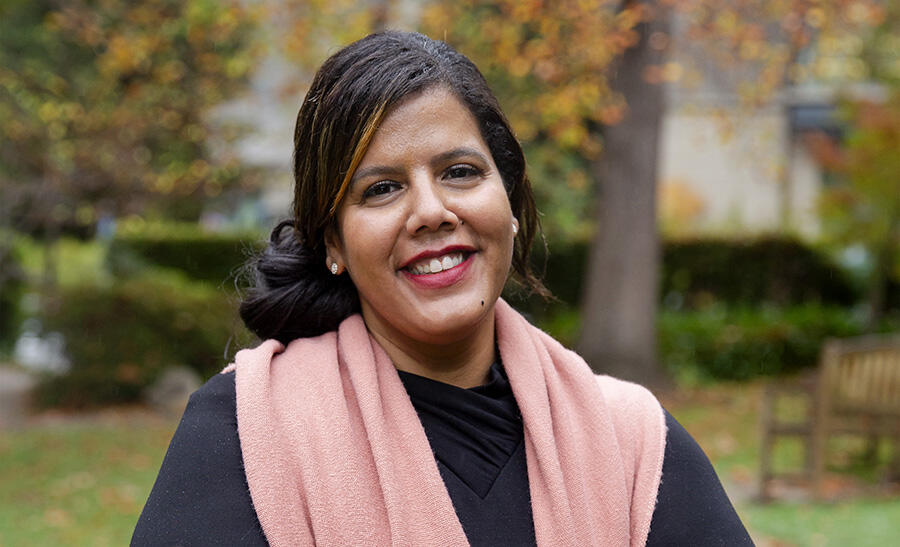 What It's Like to Work in 'Diversity, Equity, and Inclusion'

“Honoring the ideals of diversity, equity, inclusion, belonging and justice is about perpetuating beauty in the center of injustice. To do that we must confront our enduring legacy of slavery and the structural inequities that founded this nation with actionable solutions that lead to transformative change.”

Dania is a member of Chancellor Carol Christ's Cabinet, advising and guiding the campus on diversity, equity, inclusion, belonging, and justice (DEIBJ). She is the co-chair of the Hispanic Serving Task Force, oversees the African American Initiative, and is the executive sponsor of multiple identity-based standing committees. Dania leads with vision and love, centering people and community first and creating change through collective wisdom.

This year, Dania was awarded the Top DEI Advocate by the National Diversity Council. In 2020, she was selected as a Leadership Academy Fellow by the Hispanic Association of Colleges and Universities, and in 2018, she was named one of the Top 25 Women in Higher Education by Diverse: Issues in Higher Education Magazine.

Over the past decade, Dania has led equity and inclusion work in the private, nonprofit, and government sectors. She was the inaugural deputy chief diversity officer at the College of William and Mary in Williamsburg, Virginia, and served in Virginia’s public defender’s office.

Dania holds a J.D. from the Catholic University of America, Columbus School of Law, and a BA from Brown University.